5 Hottest TV Commercial Girls, And Another I’d Like To Kill

The best part about funemployment (wow, that word is even douchier in print) is that when you’re not busy getting turned down for unpaid internships, you get to watch TV.

Bottom line is I started noticing how many girls in commercials I’d marry. So here’s my top five TV ad ladies, plus another fictional one I’d like to kill, and as always I look forward to reading your disparaging remarks in the comments below.

Perhaps she’s only making the list because almost as much as I love that commercial, I love the fact that it pissed off bitchy soccer moms and PETA members everywhere. She looks even better when you get her out of that news reporter getup:

There’s just something about that Brooklyn nose…or maybe it’s just the breasts.

So this is the one where the girl is getting picked up by that hideous ogre of a human being because she thinks he’s a French model. I’m not going to get into commercial critiques, but that premise was so fucking stupid I’m preventing gullible girl from being any further down the list. 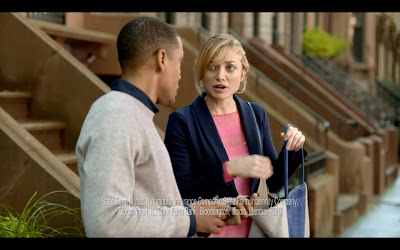 Leave it to the Bro King himself, Charlie Sheen, to pair up with this dime, or should I say donna bella, straight out of Milan, Italy:

As a former half black coworker of mine used to say, “Oh God—DAMN!”

Okay, ciao bella, onto number one…

Gotta hand it to State Farm, they really know where their priorities lie. The girl from 4E makes my top spot because while, yeah she’s a bombshell, she’s also so believable! And when it comes to hot TV commercial women that I’m judging and writing articles on, I hold that factor in high regard. Holly (seriously though, she looks way more like a Kylie or a Kelly) is like one of those hidden gems over in Customer Service, even though she should really be in Sales because you can’t see that sultry face over the phone. Of course I’d imagine she’s easy on the ears, too.

A little internet research confirmed that she’s also this girl here from that Corona commercial. I’d recognize that coy smile any day:

“So Holly, whadaya say we kill a few more of these $12 Coronas and find out how flexible you are?” 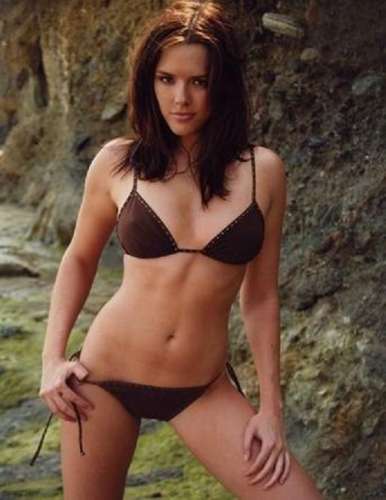 This is about the most revealing picture out there of her, definitely adds to her favorable “good girl” image.

The One I’d Kill: Flo From Progressive

And lastly, for the ending you’d probably rather not have at all, this annoying C-U-Next Tuesday:

I like to think her Criminal Minds-esque death would be called the “Flo, No Mo’!”

Without going into too much detail, it would probably involve (at the least) a baseball bat, a giant tank of bleach, a modified paper shredder, Aaron Hernandez, and finally, one grateful TV-viewing America.

David Hoover (DHoov206) is a Seattle native who frequently pretends he is Macklemore's younger brother. He talks in the 3rd person because he's arrogant, and was once voluntarily questioned by the FBI in regards to something he tweeted. Gonzaga University alumnus of '13. (Well, he might be short a class but he's convinced no one actually checks for diplomas.)